While the structural arrangement of the statutory text of the UVTA is, like its predecessors, insufferable, the actual decision-making process that a litigator will go through to determine if a fraudulent transfer exists is actually relatively straightforward and not complex. The following decision path illustrates this process. While this decision path isn't exactly right, see Note below the chart, it should assist litigators in reaching a quick conclusion as to whether a given voidable transaction action is viable. 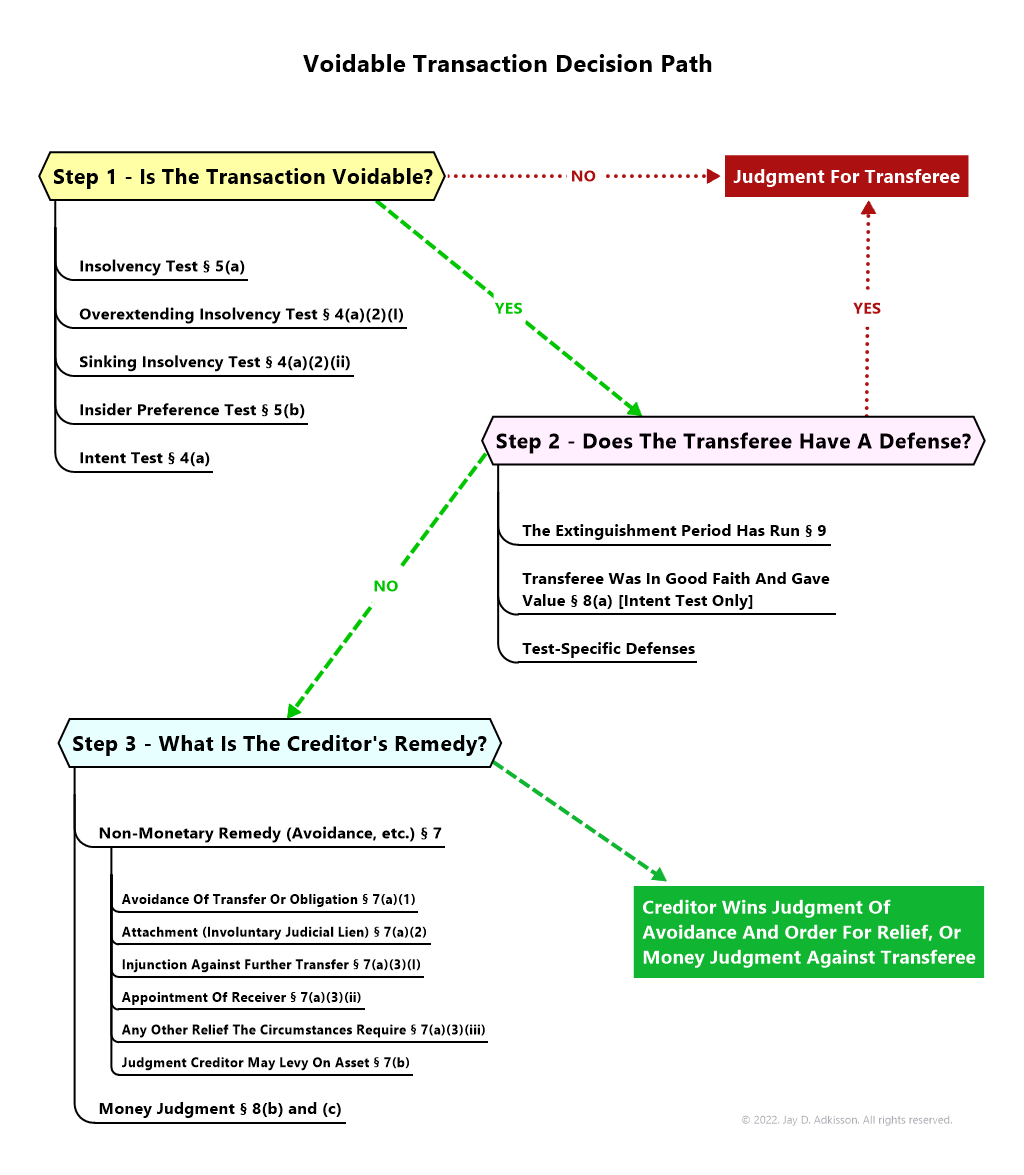 Step #1. Is The Transfer Voidable?

Step #2. Can The Transferee Assert A Defense?

Step #3. What Is The Creditor's Remedy?

The court may employ one or more remedies, except that if a creditor elects a money judgment that is exclusive to all other remedies:
Non-Monetary Remedy (Avoidance, etc.) § 7
Money Judgment § 8(b) and (c)
If the creditor can establish the availability of at least one remedy, the creditor prevails. If not, the creditor loses.

NOTE: Arguably, one might look at the defenses first, i.e., if the transferee was in good faith and gave reasonably equivalent value, or if the action has been extinguished by the passage of time, then the remainder of the analysis can be no more than academic. However, at least with the extinguishment issue, this can become a "chicken/egg" sort of question, as there are different extinguishment periods for different sorts of voidable transactions.